Foundation of computer
The term computer comes from a greek word comput, which means to calculate initially computer was used for preforming computing task only. 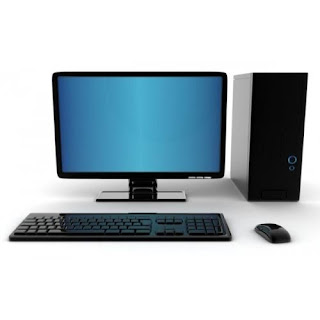 Definition
Computer is a high speed electronic devices, which receive data from the user then process it and gives as valuable information.


Features of Computer
Speed
A computer work with a great speed and its speed can be measured it term of seconds. Following are some units of measurement to measured a speed of a computer.


Accuracy
A computer never gives any wrong results, Its always mainten its accuracy from the beginning to end.


Storage
This is the most important feature of a computer we can storage large amount of information inside a small storage device like microchip  and the store information can be retract as and when require.


Diligence
A computer never suffering from any human strites tideness loneliness laziness, it's always maintain accuracy and speed from the the beginning of task to its end.


Versatility
We know very well that computers  are used in number of field like education, science and research medicine, defence etc. so I can says that computer is a versatile device and it processes versatility.


Example - Word, Excel, PowerPoint etc we cannot touch or care software element these are only available


A computer can define into 3 unit are flowing.

1.Input Units
This unit are responsible to to feed any data instruction and information inside the system unit the device under this unit are keyboard mouse scanner travel joystick touchscreen etc.


2. System and Processing Unit
This unit process the raw data to get valuable result as information this unit use CPU as its primary device the system unit again subdivided into 3 sub unit which are as below.


Control unit
this unit control all input or output device of a computer.
memory unit
this unit responsible to memorize any data temporally and the information permanently.
arithmetic and logic
unit this you need solve all mathematical and logical problems.

3.Output Units
This unit are responsible to gives out valuable information the device used on this unit are monitor printer etc.

History Of Computer
Abacus
An abacus is a mechanical device used to aid an individual in performing mathematical calculations.

• The abacus was invented in chian in 2400 B.C.
• The abacus in the form we are most familiar with was first used in China in around 500 B.C.
• It used to perform basic arithmetic operations.


Pascaline
• Invented by Blaise Pascal in 1642.
• It was its limitation to addition and subtraction.
• It is too expensive.


Difference Engine and Analytical Engine
• It’s an automatic, mechanical calculator designed to tabulate polynomial functions.
• Invented by Charles Babbage (Father of Computer) in 1822 and 1834.
• It is the first mechanical computer.


EDVAC
• EDVAC stands for Electronic Discrete Variable Automatic Computer.
• The First Stored Program Computer
• Designed by Von Neumann in 1952.
• It has a memory to hold both a stored program as well as data.


The first computers used vacuum tubes for circuitry and magnetic drums for memory, and were often enormous, taking up entire rooms.
• They were very expensive to operate and in addition to using a great deal of electricity, generated a lot of heat, which was often the cause of malfunctions.


The Fourth Generation
• The microprocessor brought the fourth generation of computers, as thousands of integrated circuits were built onto a single silicon chip.
• As these small computers became more powerful, they could be linked together to form networks, which eventually led to the development of the Internet.
• Fourth generation computers also saw the development of GUIs, the mouse and handheld devices.


The Fifth Generation
• Based on Artificial Intelligence (AI).
• Still in development.
• The use of parallel processing and superconductors is helping to make artificial intelligence a reality.
• The goal is to develop devices that respond to natural language input and are capable of learning and self-organization.
• There are some applications, such as voice recognition, that are being used today


An input device is a piece of computer hardware equipment used to provide data and control signals to an information processing system such as a computer or information appliance. Examples of input devices include keyboards, mouse, scanners, digital cameras, joysticks, and microphones.


HGA
it stand for Hercules graphics adaptor this was developed by Hercules Computer technology in the year 1982.


VGA
it stand for video graphic adaptor this was introduced by IBM in the year 1987.


SVGA
Super video graphics adaptor bye group of American company in the year 1988 this was more powerful than VGA.


LCD
it stand for liquid crystal display this is advanced version of visual system of a computer flat panel display.


We can also say that with the help of programming language, we can write programme for a computer or we may say that it helps to devlope a software.


Types of Programming Language
There are three levels of programming language Which are explained below.


The language which uses binary code i.e. 0 & 1 as it's code, called as machine level language. Here 0 means OFF and 1 means ON. This language was developed and used during 1st Generation. So also called as 1GL. This was very difficult to write, learn and compile a programme using machine language. Machine Level Language is also called as Binary Language.


2.Assembly Level Language
The language which uses mnemonic code along with some grammatical notations, is called Assembly Level Language. Here mnemonic means short form of a long word. For example add for addition, div for division, mul for multiplication etc.. This language was developed during 2nd generation, so also called as 2GL (2nd Generation Language).  This language was quite easy in comparison to machine level language.


3.High Level Language
This is the language which uses our daily used English like language, grammatical notations and mathematical symbols. This is the very easy form of language to learn, write and execute a programme. This was developed during third generation so also called 3GL. There are different froms of high Level Language. Like
BASIC -
COBOL-
FORTRAN-
ALGOL-
PASCAL-
C-
C++-
JAVA
Etc.


A software can be defined as the collection of instructions written in a particular order to perform tasks. There are two types of software


A- Language Translator
This is a programme which translates user given code into machine code and vice versa.


There are three types of language translator.
1.Interpreter - This is one kind of language translator which translates high Level Language into machine level language and vice versa. It reads each line of a programme and then interpretes. If it finds any error then stops it's execution till the error is removed and this process continues till the end. So an interpreter takes too much time in whole to execute a programme.


2.Compiler - This is another kind of language translator which translates high Level Language into machine level language and vice versa. It's function is equivalent to interpreter, but the way it compiles a programme is quite different.


It first reads whole program at a time and then list down all possible error. Then after removal of errors it executes a programme. So it takes very less time to execute a programme in comparison to interpreter.


Utility Program
This is the software which is manufactured by the manufacturer and supplied with hardware devices. Sometimes also called as service software. For example, all driver software like Video Graphics driver, audio driver, disk management software etc


The software which is designed to fulfill the requirements of an user is called Application Software. There are two types of application software.
i- Normal Product
ii- Standard Product


All the computing devices can be broadly classified into 3 types.
1- Digital Computer
2- Analog Computer
3- Hybrid Computer


1- Digital Computer
A digital computer is such a computer which deals only with digts i.e. 0 & 1. It receives data in form of digits and gives out information in digits.
For example, desktop, laptop, tablets etc


2- Analog Computer
An analog Computer receives data in form of any physical changes and gives out result in numbers and quantities. For example, Thermometer, speedometer, barometer, hygrometer, lactometer etc.


3- Hybrid Computer
This is the third type of computer which possesses ( dharana kariba) both the qualities of digital and analog computer. It can perform like digital as well as analog Computer. For example, ECG, ICU etc.


1- PURPOSE WISE
A digital computer can be classified according to purpose.


A- Special' Purpose Computer
The digital computer which possesses a single software and performs a specific single task speedily and efficiently, called as special purpose computer. For example, billing machine


B- General Purpose Computer
The digital computer which has numbers of software installed inside it and can perform different tasks, called as general purpose computer. This type of Computer is quite slow and less efficient in comparison to special purpose computer.For example, PC used in offices, homes etc.


2- Size Wise
According to size digital computer are of 4 types.


D- MICRO COMPUTER
This the smallest digital computer in size. All the above computers noted down are all multi user and multi tasking computers. But this allows single user at a time to work on it. It's working speed is mili second. Such type of Computer used personally. For example desktop, laptop etc.