Odisha School Open SOP reopen for class 11 from 21 October, class 8 from 25 October respectively, according to school and mass education minister

The state government of Odisha has agreed to resume physical education classes for students in standard 11 and 8 beginning on the 21st and 25th of October, respectively, according to school and mass education minister Samir Ranjan Dash.
"We will have a meeting with district education officials (DEOs) in this respect tomorrow and issue orders to them to begin preparing for the start of courses for children in the eighth and eleventh grades," Dash explained.
When the courses for grades 8 and 11 resumes, "the same standards and regulations that have been published for grades 9 through 12 will be followed by the schools," Dash continued.
From the 26th of July, the Odisha government reopened schools for students in classes 10 and 12.
To prepare for the reopening, the government has ordered that all teachers be vaccinated against Covid-19 on a first-come, first-served basis. It has been mandated that district education officers guarantee that Covid rules be adhered to at all times. 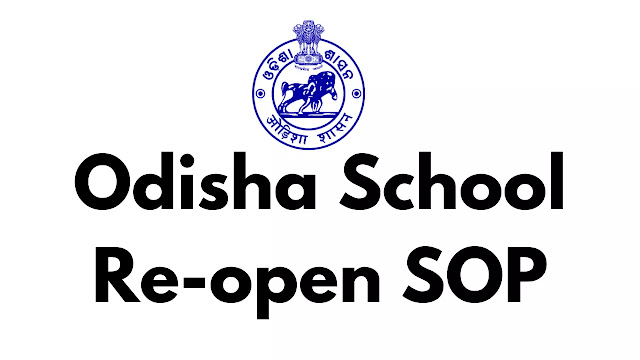 Odisha recorded 521 new Covid-19 cases on Thursday, 94 less than the previous day, bringing the state's total caseload to 10,33,809, while six new fatalities brought the total number of coronavirus deaths in the state to 8,274, according to a health department official.
Sixty-five children and teenagers between the ages of 0 and 18 years old were among the 521 new cases. It is estimated that 12.47 per cent of the group has contracted an illness, up from 11.05 per cent on the previous day.
The Odisha government on Friday announced the start of physical education lessons for children in the 11th and 8th class following the Durga Puja break, citing a downward trend of COVID-19 cases in the state, according to a statement from the school and mass education department. Physical education sessions for students in standard 11 will begin on October 21 and for students in standard 8 will begin on October 25, according to the state, which is experiencing a decline in COVID-19 cases.
Classroom instruction for pupils in grades 9 and 12 have already begun in the state, with rigorous respect to health and safety regulations.
According to the announcement, children in grade 8 will not be provided with a cooked mid-day meal and will instead be given a dry ration to eat throughout the day.
The reopening of hostels for students in grades 11 and 8 will coincide with the reopening of schools in accordance with the COVID-19 protocol and social distancing rules, which will be announced later.
"The situation with COVID-19 has been improving throughout the state. We will resume classroom instruction for pupils in classes 11 and 8 on October 21 and October 25, respectively, after a brief break "SR Dash, the Minister of School and Mass Education, stated.
He, on the other hand, stated that no decision had been made about the reopening of schools for kids in grades one through seven.
'A conference with all district education officers from throughout the state will be conducted on October 16 in this respect, and orders will be issued to begin preparations for the start of courses for standard 8 and 11 pupils,' he added.
Due to Durga Puja and Kumar Purnima celebrations, schools will be closed starting on October 9 and reopen on October 21.
Under the government's graded opening of schools policy, the reopening of state-run, government-aided, or privately managed Odia and English language schools for students in grades 8 and 11 for the academic year 2021-22 was authorised, according to the official announcement.
Physical education courses for standard 11 students will be held from 10 a.m. to 1 p.m. every day, while those for standard 8 students will begin at 9 a.m.
According to the notification, all instructions and recommendations issued by the Department of Health and Family Welfare and the Special Relief Commissioner shall be fully adhered to at all times. The decision of the collector and district magistrates on the reopening of schools, after taking into consideration the local conditions, shall be definitive.
Although both online and offline programmes would continue to be offered, the announcement stated that students can choose to attend offline sessions in consultation with their parents or guardians if they so want.
In addition, it stated that educational institutions that are under the administrative control of the ST & SC Development, Minorities and Backward Classes Empowerment of Persons with Disabilities departments may begin classes from the above dates if they follow the school and mass education department's standard operating procedures.
According to the announcement, students who desire to remain in the hostels must obtain the approval of their parents.
The common areas of the hostels, including the messes in them, should be cleaned on a regular basis, and the prior standard operating procedure established by the Department for Management of Hostels should be adhered to the letter, according to the directive, which said that.
Get SOP Click Here