The following are High-Quality transparent.png renderings of Election Symbols for "Word member" candidates in the Odisha Gram Panchayat Election 2022. You may easily get the following symbols for your work if you are a designer as a Banner Designer, Pussing Card Designer, Poster Designer, Leaflet Designer, Print/Press/Digital Media.
Candidates in the forthcoming three-tier Panchayat votes in 2022 will utilise symbols provided by the Odisha Election Commission.
The election symbols for the seats of Zilla Parishad member, Samiti sabhya, sarpanch, and ward member have been issued.
The State Election Commission has released a total of 19 emblems for use in the election of Zilla Parishad members. Cot, kid and girl, bucket, letterbox, drum, jug ring, and saw are among the symbols.
Similarly, the candidates have specified the following symbols for use in the election of the Samiti: kettle, stool, bus, lock and key, glasses, and hand fan. 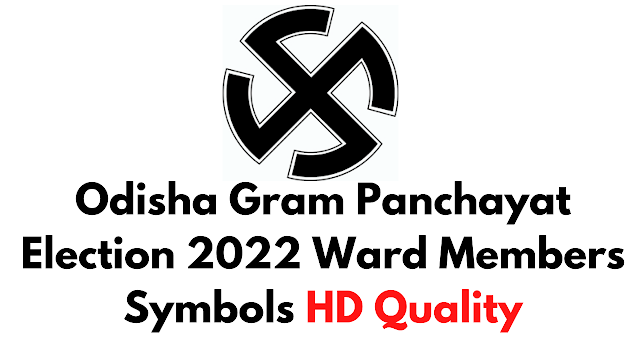 For elections to the offices of Sarpanch and Ward Member, the Commission has additionally authorised 26 new symbols. The symbols for the Sarpanch's office include a banyan tree, a vehicle, a lamp, brinjal, a basket, and candles, among others.
Meanwhile, Odisha Election Commissioner Aditya Prasad Padhi has stated that the panchayat elections are nearing conclusion.
During the election, the symbols will be issued to the candidates in Odia alphabetical order.
In response to the current Covid scenario in the state, the Election Commission has established severe instructions. During the Panchayat election, the Election Commission will apply particular limitations based on the Covid situation in the State.