Odisha Panchayat Election Results 2022 Live Updates on the Local Body Elections in Odisha in 2022: In Odisha, votes are being counted for 200 zilla

Odisha Panchayat Election Results 2022 Live Updates on the Local Body Elections in Odisha in 2022: In Odisha, votes are being counted for 200 zilla parishad seats, 1,669 sarpanch posts, 1,669 samiti member seats, and 22,379 ward member seats in 71 blocks in 30 districts, with polling taking place in five stages on February 16, 18, 20, 22, and 24, with re-pollings on February 23 and 25. The vote-counting will take place over three days, on February 26, 27, and 28. The SEC stated that the polls are being counted in a centralised manner. In the fifth phase of the three-tier panchayat election in Odisha, almost 70% of the 41.88 lakh people exercised their vote. 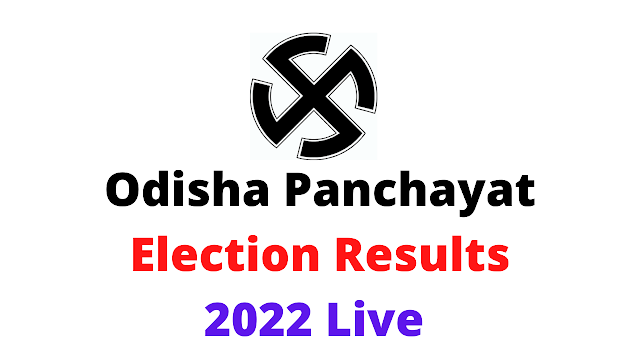 Odisha's Panchayat Polls have concluded, and the results are currently being counted. The polls were held in five phases across Odisha on February 16th, 18th, 20th, 22nd, and 24th, with re-pollings on February 23rd and 25th. On February 26th, 27th, and 28th, 2022, the votes will be counted for three days. Here are the LIVE RESULTS OF THE PANCHAYAT ELECTION IN 2022.

In the fifth round, the election took place in 975 panchayats across 48 blocks in 25 districts for 131 Zilla Parishad member positions. This time, 13,514 polling places were put up for voters to cast their ballots. The SEC declared 36,523 ward members, 126 sarpanchas, 326 panchayat Samiti members, and one Zilla Parishad member as uncontested victors, despite the fact that 2.2 lakh candidates ran in the polls. More than one lakh state government officials were on election duty in the five stages, according to the Commission, while over 40,000 police officers were deployed to keep the peace.